Summary: In our last post we discussed which countries were feeding the world, that is producing more food as a % of the total compared to their population as a % of the total population. In this post, we look at which countries have over 1% of the total animal, crop, and fish production. The blue bars reflect production share in excess of population share and the red bars show which countries are producing relatively less than their population share. The US has 4.2% of the global population and has the 2nd largest animal production (12.3%) and 3rd largest crop production (7.6%). China has 18.5% of the global population and an amazing 52% of the global fish production along with the largest animal production (18.1%) and the largest crop production (24.8%). While Asia is less oriented toward animal protein than the Americas and Europe, overfishing and water pollution (particularly as it relates to Japan’s practice of dumping radioactive materials from its damaged nuclear reactors into the Pacific) are forcing the Asians to reconsider where they will find protein sources to feed their people. This is a major challenge as the green movement is working hard to limit animal production. Maybe we will all have to eat bugs for protein?? 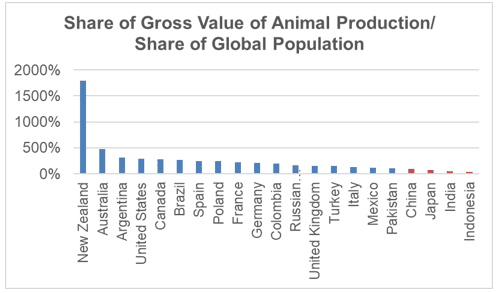 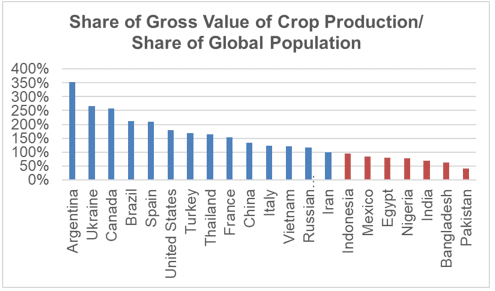 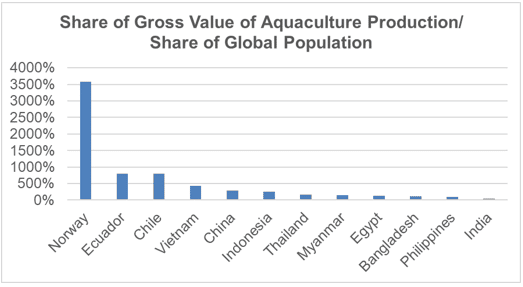