Summary: Data from the USDA in this chart shows which countries are most productive in terms of total agricultural production (including crops, animals, and fish). We further analyze which countries are producing more food as a percent of the total compared to their share of the total global population. If a country’s blue bar exceeds its red line, this means it is producing more than enough food for its citizens with something left to export. Notably, China leads the list with a share of food production that is +6% higher than its share of the global population. This contrasts with India which has a -7% deficit in terms of food production compared to population (revealing a food shortage). The US is in good shape, generating 8.7% of the world’s food supply with just 4.2% of the world’s population. Interestingly, Russia & Ukraine are not huge food producers. 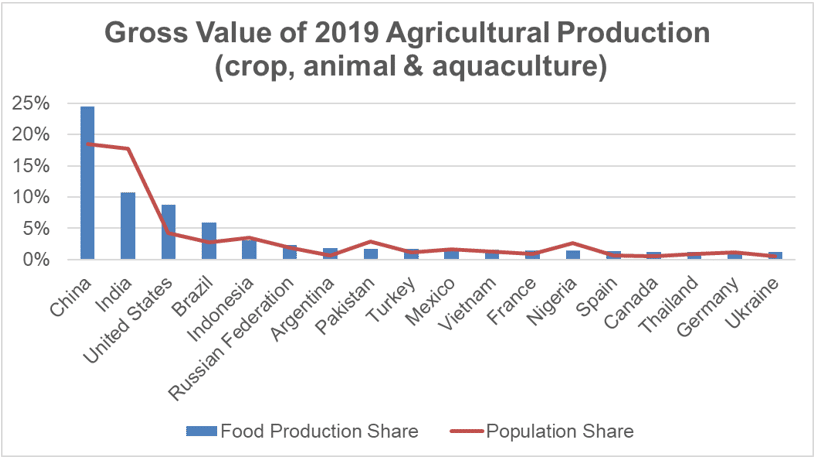